The Com In 4-man management team consists of the owner and chief executive officer Torsten Hecht as well as the chief managers of the respective areas of responsibility of the company. 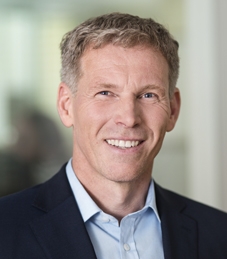 “Self-sufficiently and independently bringing our own ideas to fruition, playing a part in shaping the market, making a difference at home, and creating jobs – that was and still is my motivation.”

As Chief Executive Officer, Torsten Hecht assumes overarching tasks for the management and strategic direction of the corporate group and is thus the face of Com In both internally and externally.

After graduating from high school and studying electrical engineering and electronics, Torsten Hecht founded Com In GmbH | Computersystemhaus in Schwerin. Here he was initially responsible for the IT project planning, installation and administration of individual networks, and later for the entire project management of the still young company. In the years that followed, Torsten Hecht was primarily responsible for expanding and optimizing the service portfolio in the areas of software and database solutions.

For strategic reasons, he divided the software divisions into Com In GmbH & Co. KG | Consulting + Solutions - thus laying the foundation for the corporate success the Com In Group today.

Under his leadership, more than 60 employees at three locations develop comprehensive IT services and tailor-made software and database solutions in the areas of corporate REM, real estate, property management and forestry. 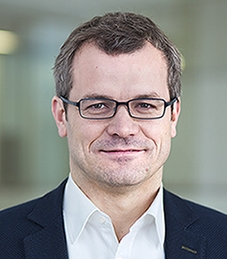 As Chief Manager Project Management at the management level, Ulf Stüllein is responsible for the operating business for Consulting + Solutions and thus significantly shapes the entrepreneurial orientation of the business units com.TRADENET, com.LIVIS and DSW2.

After studying at the University of Rostock, Ulf Stüllein joined Com In in 1994. Here he was initially responsible for the development of new and the optimization of existing software and database solutions, later responsible for the operational project business. In 1996 he became a partner.

With the founding of Com In GmbH & Co. KG in 2002, he became Head of Product Development. In the course of further expansion, he then took over operational project management and since then has been responsible for the central areas of consulting, customizing and operations. Ulf Stüllein is therefore an essential interface in relationship management with our national and international customers, an important driver for product management and the first point of contact for consultants in the operative project business.

As a registered authorized officer, Ulf Stüllein also oversees tasks relating to the personnel and organizational management as well as the strategic orientation of the entire company. 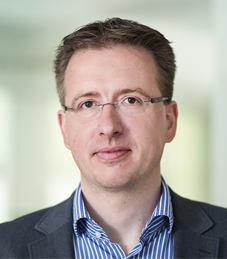 As Chief Manager Product Development, Dennis Froh is responsible for the operative business operations in the areas of product development, interfaces, architecture and quality assurance for Consulting + Solutions.

Four years later, he became team / division manager for software development for the newly founded Com In GmbH & Co. KG and from then on took over the area management for the property management and forest information systems.

Since 2014, Dennis Froh has been head of product development and in close coordination with the specialist departments is responsible for the planning and development of the software products com.TRADENET and com.LIVIS  from ideas up to successful technical solutions.

As an authorized signatory, he has also been a member of the extended management team since 2017. 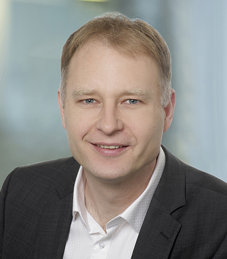 As Chief Operating Manager of IT Service, Markus Dommning manages the operative business for Computersystemhaus in the areas of IT infrastructure, IT security and data management.

After studying computer engineering in Berlin, he initially worked as a development engineer in the field of medical technology before joining Com In as a service engineer in 2004.  After just one year, Markus Dommning  was given the status of Head of Microsoft Networks and became Head of IT Services in 2009.

Six years later, he took over the overall management of the IT service and is responsible for the customer-oriented, economic and personal control, coordination and execution of all IT projects in Computersystemhaus.

Since 2017, Markus Dommning has been a registered attorney and thus an indispensable member of extended management.

Focus on the future

In the future, I would like to merge our products more closely and update them to be at the highest technological level. I will also continue to expand our client base by tapping into further client segments and industries with the same products, for example the pharmaceutical industry or the agricultural sector.

In the long term, we want the Com In corporate group to become a player in the German IT market that achieves the significance of SAP or Microsoft in our area. For example, if someone is looking for a store management system, we want the first thing they think of to be com.TRADENET. Just like when somebody needs a tissue and asks for a Kleenex.

As a trained electrical and electronic engineer, I began building my own computers at home on my sisters’ diaper-changing table. In the early 1990s, I undertook an internship in Frankfurt am Main. In the repair department of a large company that manufactured computers, I gained experience as well as the courage to start my own business. At the young age of 27, I opened the door to my own shop in Schwerin’s city center for the first time.

Perhaps shaped by my years competing independently as a track and field athlete, I built and sold computers on my own in my store. One year later, in 1991, I founded Com In GmbH. At this point, my team had already grown: I had hired six employees during the first year. Two years later, our still growing company moved again, since we needed even more space.

Out of concern, I began looking for a second project. It was intended to be independent of the system house but would enhance our offers. Furthermore, I wanted to grow with moderate risk, independently of third parties such as banks or shareholders. To me, financial security, stability, and a solid foundation are the key to success. After a few ideas – from a sound card to our own modem – we landed on the idea of our own software.

This was the hour of birth of our particularly successful software com.LIVIS. Today, 20 years later, this software manages about 27% of the entire area of Germany. While searching for a third business area, we took a chance on 15 “software experiments”. These included a program for speech therapists, an electronic banking program, and a bus travel program. All ideas were in use, but they were all discontinued in favor of a new software.

Employees from Mc Paper led us to the idea of developing a store management system, today’s com.TRADENET. They explained to us what challenges chain stores face. We worked on programming the first version of the software for a year. At that time, Com In employed 20 members of staff. In 2003, com.TRADENET entered the market. I was mighty proud when we succeeded in convincing large clients such as Ernsting’s Family, Rossmann or the Otto Group of our solution.

In summary, I can say: The corporate group Com In currently employs 60 employees at four locations (Schwerin, Berlin, Muenster, Koblenz). We have an annual turnover of about five million euros.

We have distributed com.LIVIS for 23 years and have become the German market leader in this segment. Seemingly unattainable corporations with sites in almost every town, the ones I once visited to eat my burgers, use our software com.TRADENET today. And to top it off: the software is system-relevant in these global companies.

Our third software DSW2, which we developed in 2004 specifically for the management of forest areas as a supplement to the property system, is the only software in Germany on this level.

The computer system house, with which everything began more than 25 years ago, sets up networks with up to 250 sites today. In matters of security, availabilities, data security, and mobile connectivity, we work and advise on the highest level.

I am also proud of the variety of our clients. All types of companies are represented, large and small. Com.TRADENET is used by clients with few but very large stores, such as the KaDeWe group, as well as clients like KiK with 3,500 stores in all of Europe.

Com.LIVIS is used by state forests, state organizations, agricultural cooperatives, while DSW2 is used by the German forestry sector. The system house sets up networks ranging from one to ten workplaces, and even up to 100 or more. What distinguishes us is that we have kept our staff small in numbers. This means that employees can contribute their own ideas and knowledge at any time. Furthermore, short decision paths simply make us quicker and more affordable.

In the future, I would like to merge our products more closely and update them to be at the highest technological level. I will also continue to expand our client base by tapping into further client segments and industries with the same products, for example the pharmaceutical industry or the agricultural sector. In the long term, we want the Com In corporate group to become a player in the German IT market that achieves the significance of SAP or Microsoft in our area. For example, if someone is looking for a store management system, we want the first thing they think of to be com.TRADENET. Just like when somebody needs a tissue and asks for a Kleenex.