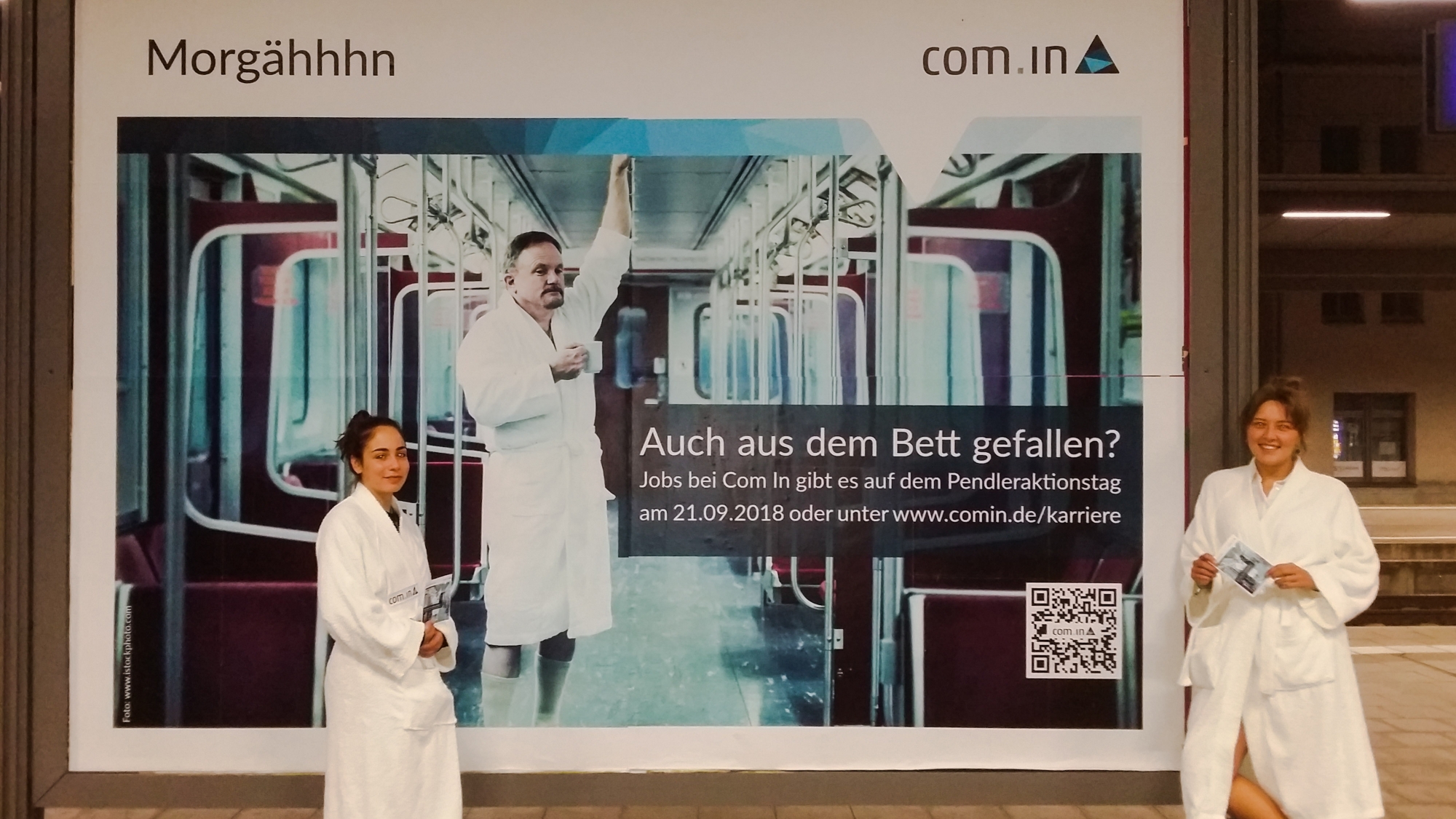 “Morning ... already had breakfast today …?" was the friendly greeting for all train travelers at Schwerin main station at 5 o'clock a.m. on September 19th.

In preparation for the Commuter Action Day 2018, this year Com In had a very special surprise for the many commuters.

Equipped with a dressing gown, slippers and lots of power breakfast bars, our promoters advertised the Commuter Action Day in advance, and at the same time, they caused quite a stir.

All true to the motto: "There are jobs at Com In for people who are wide awake".

We appreciate the great verbal and written feedback from many train travelers and we look forward to many new applications.

A special thank you also to our two promoters Eva and Sophie from the Goethe Gymnasium school. You did a great job!

As one of 30 exhibiting companies on the Commuter Action Day 2018, Com In actively also looks to recruit specialists and executives in the region and informs commuters about current job offers and job prospects.

The participation in the commuter action day will be accompanied by media in the form of a large billboard directly at the platform, passenger TV advertisements in regional express lines, print advertisements and the use of a mobile promotion team at Hbf Schwerin (with handouts and muesli power bars) etc.

If you want to help shape the future of the Com In Group using your ideas and your passion, then just have a look at our current job advertisements!